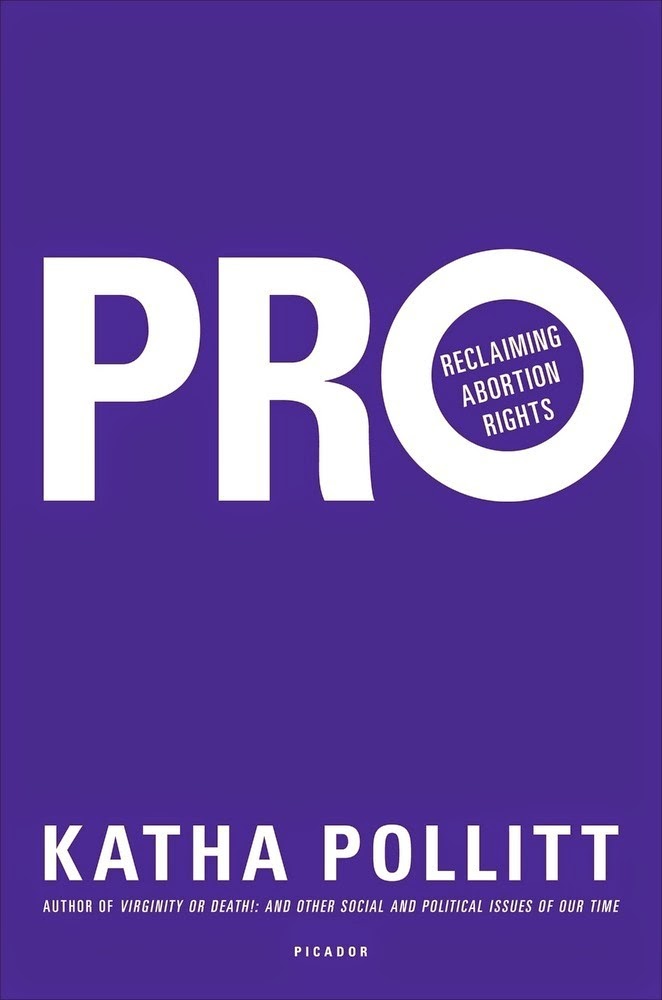 By the noted feminist and longtime columnist for The Nation, an "important, revelatory new book" (Elle) that is a powerful argument for abortion as a moral right and force for social good. Read an excerpt.

Forty years after the landmark Roe v. Wade ruling, “abortion” is still a word that is said with outright hostility by many, despite the fact that one in three American women will have terminated at least one pregnancy by menopause. Even those who support a woman’s right to an abortion often qualify their support by saying abortion is a “bad thing,” an “agonizing decision,” making the medical procedure so remote and radioactive that it takes it out of the world of the everyday, turning an act that is normal and necessary into something shameful and secretive. Meanwhile, with each passing day, the rights upheld by the Supreme Court are being systematically eroded by state laws designed to end abortion outright.

In this urgent, controversial book, Katha Pollitt reframes abortion as a common part of a woman’s reproductive life, one that should be accepted as a moral right with positive social implications. In Pro, Pollitt takes on the personhood argument, reaffirms the priority of a woman’s life and health, and discusses why terminating a pregnancy can be a force for good for women, families, and society. It is time, Pollitt argues, that we reclaim the lives and the rights of women and mothers.

“Katha Pollitt's brilliant new book, Pro: Reclaiming Abortion Rights, arrives like an urgent letter as rights are fast eroding…. With Pollitt's characteristic wit and logic, Pro marshals science, history, medicine, religion, statistics and stories of real women's lives—with all the ‘tangled secret misfortunes' of families—to make a myth-busting argument that abortion is a social good. It's good for women. It's good for children. It's good for men. It's a normal fact of life and has been since ancient times. All of which might sound shocking, so rarely do we hear about abortion's benefits.” ―Kate Manning, Time

“Enraging.... Pollitt's exploration of the hypocrisy of abortion opponents...is so witheringly encyclopedic it will be an eye opener for those who have never darkened the door of a women's studies classroom.... Pro may succeed best at galvanizing complacent pro-choicers.... Motherhood is hard enough if you go into it willingly. And Pollitt is correct to insist that the right to an abortion is merely society's down payment on all the rights we are yet due.” ―The New York Times Book Review

“[This] shouldn't be a radical message, but in an era when some feminists feel the need to defend the birth control pill by highlighting its use for reasons other than contraception, the very idea that we should insist that abortion is a good thing because it's good for women feels incredibly bold…. ‘No one is pro-abortion' is a common refrain among liberals defending the right to choose. In the abstract, no, but if you need an abortion to live your life as you see fit, then pro-abortion is exactly what you are. Katha Pollitt has your back on this, and more pro-choicers should embrace her unapologetic approach.” ―Ms. Magazine

“[An] important, revelatory new book... Pollitt does an excellent job of unpacking [the statistics] and showing the contradictions in our views, as well as the limits to what surveys can tell us about the decisions Americans make for themselves.” ―Laurie Abraham, Elle

“A refreshing and comprehensive look at abortion rights… Pro is a passionate plea--and a book that is needed now more than ever.” ―Michele Filgate, Salon

“Katha Pollitt's Pro: Reclaiming Abortion Rights is such an important book.... Pollitt's fearlessness in exposing and dismissing the misogynist kernel at the center of the issue makes Pro the most fearlessly feminist book I've read in ages, a genuine work of bravery and scholarship and discourse. Am I gushing? You bet. You will be, too.” ―The Stranger

“Throughout Pro, Pollitt maintains a moral clarity.... Ultimately, Pollitt is arguing not just for reproductive rights but for reproductive justice, which places the right to mother, or not, within the global context of human rights and social and economic justice, inextricable from the fight for universal health insurance, immigration reform and a host of social challenges. It's a holistic vision of a more just society that in her telling is at once utterly reasonable and heartbreakingly elusive. It's unlikely that Pro is going to change anyone's mind about abortion, but Pollitt's invigorating articulation of the web of connections that could, someday, create a society concerned with the well-being of all its citizens is reason enough for anyone already on the bus to pick it up.” ―The Chicago Tribune

“[Pro is] a challenging, smart book, and it will change what you think about and talk about when the topic of abortion comes up.” ―Flavorwire

“Pollitt is at her best when she is passionately arguing for women's right to control their own lives. Pro begins with a fierce critique of the way the pro-choice infrastructure has shied away from the word abortion itself and has allowed the anti-abortion crowd to shape the discourse—and to leave pregnant people out of it entirely, focusing instead on those endlessly lovable fetuses and their "right to life." It ends with an equally powerful call to understand abortion not as some singular culture-war issue but as one part of a struggle for women to be able to live full, complete lives, and for the reproductive labor that is still done mostly by women to be understood as something that benefits all of society and is deserving of respect and (financial) support.” ―Refinery 29

“An impassioned, persuasive case for understanding [abortion] in its proper context…With wit and logic, Pollitt debunks the many myths surrounding abortion, and analyzes what abortion opponents really oppose: namely, women's growing sexual freedom and power….With arguments that are both lucid and sensible, Pollitt successfully reframes the abortion debate to show that, ‘in the end, abortion is an issue of fundamental human rights.'” ―Publishers Weekly (starred review)

“In this powerful pro-choice treatise, Pollitt, the well-known feminist, poet, and award-winning columnist for The Nation, expertly lays out why she supports a woman's right to decide whether to end a pregnancy.” ―Booklist (starred review) 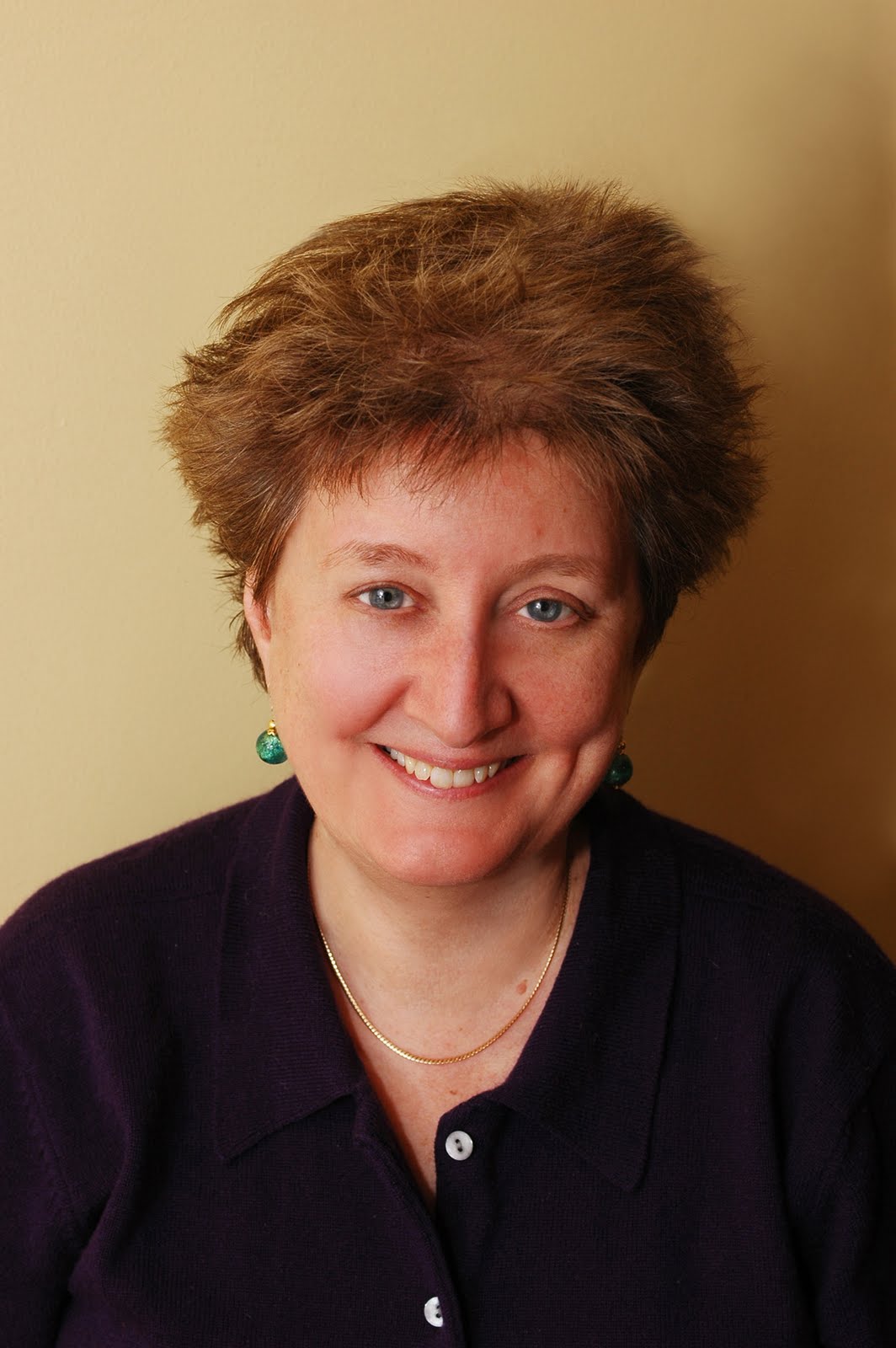 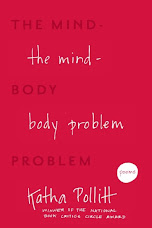